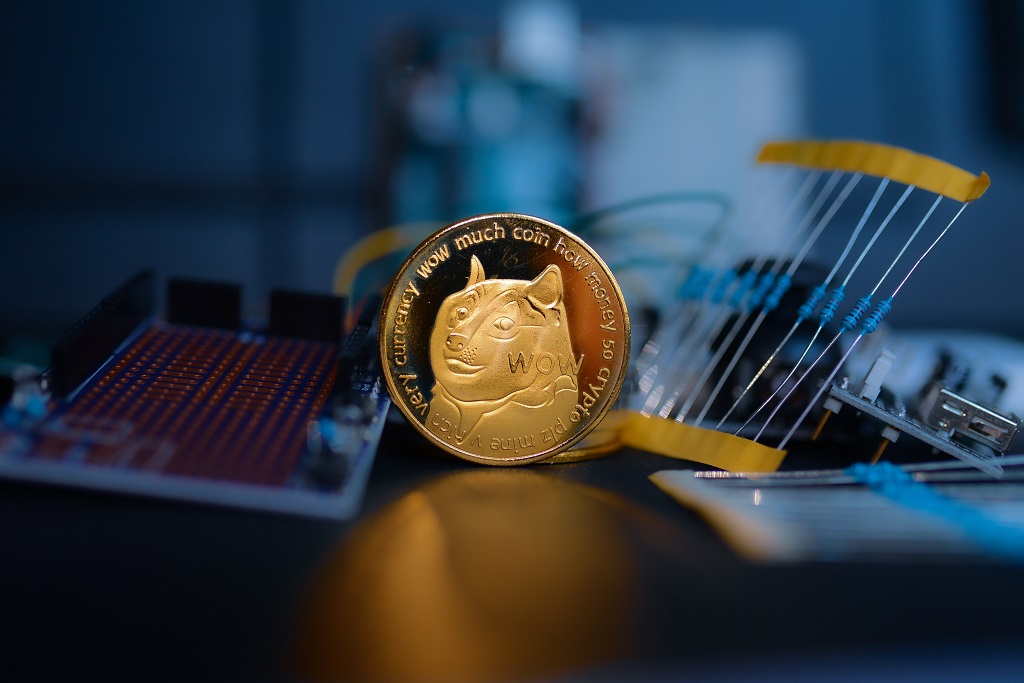 DOGECOIN: A REAL CRYPTOCURRENCY OR JUST A VERY EXPENSIVE JOKE

What Is Dogecoin (DOGE)?

Dogecoin is undoubtedly one of the most famous cryptocurrencies in the world. All this despite being a cryptocurrency created as a publicly declared joke since its foundation but many people have been carried away by the media and speculative scandal around it, without realizing that it is a cryptocurrency that has no roadmap or technological improvements, and It was just created as a meme.

THE CURIOUS BEGINNING OF THE DOGECOIN PROJECT

Dogecoin is a very curious cryptocurrency phenomenon, one whose success surprised everyone from the start, including its creators. First and foremost, the coin’s public image is a well-known meme of a female Shiba Inu breed known as “Kabosu.” Atsuko Sato, a Japanese kindergarten teacher, owns this dog.

Satō, who started a blog about life with her pets and family in 2010, never thought she would rise to world fame until a photo of “ Kabosu ” was chosen by a group of 4chan for a spam attack. on the Reddit thread, r/Murica. The action is such that it is known as one of the great 4chan vs Reddit wars.

Around the same time that this was happening on 4chan and Reddit, two programmers took on the task of taking the meme to a new level: turning it into the heart of a cryptocurrency. The idea is to deliver another knockout blow to the ongoing meme war and at the same time make fun of the cryptocurrency craze that was already on the rise. This is how Billy Markus, a former IBM worker, and Jackson Palmer, an Australian who was in charge of the Adobe System marketing department, began their work.

This pair of friends created this currency with the aim of making fun of the cryptocurrency fever. Thus, on December 6, 2013, the first version of Dogecoin was launched, and the fame of the meme currency spread like wildfire through the forums, especially 4chan, where the community received the idea with grace. The unexpected? The meme coin increased its capitalization by 300% in just 15 days. And that would only be the beginning of something that still continues to cause a strong impact in the crypto world today.

HOW DOES DOGECOIN WORK?

Dogecoin has been created thanks to a fork of the Litecoin code, so it uses the Proof of Work algorithm using the scrypt hash and using the ability of merged mining. In this way they managed to make their network much more secure, even guaranteeing that both coins can be mined together using this capacity.

Dogecoin has among its many attractions the way in which it can be mined. First of all, the resolution time of each block is relatively low, one minute to be exact. Second, each block has a fairly large issuance, currently more than 10,000 DOGE per block.

Additionally, the issuance of the currency is unlimited. which, together with its bulky block emission, leads its miners to receive large amounts of the currency, and in moments of hype, the final value of their holdings multiplies extraordinarily.

Like the rest of the cryptocurrencies, its technology is based on the blockchain, that is, a huge database that is responsible for storing the data of each transaction in a completely unalterable way. Its blockchain is completely decentralized, because in it, all the information of each of the transactions that have been carried out to date, made up of each of the nodes of its network, is stored.

But beyond this Dogecoin is not a technologically advanced currency. In fact, we can say that the coin is in “frozen” mode since its development team is practically non-existent, and the development of the project only seeks to avoid serious security problems. In fact, most of these fixes come from projects like Bitcoin and Litecoin , to which it bears an enormous resemblance, and it is one of the things that Dogecoin is most attacked for: there is no innovation of any kind.

This, however, may change, especially due to the great interest that the currency has begun to arouse today, and especially because Elon Musk seems interested in helping to make it a much more serious and powerful option for making payments.

On the other hand, it has compatibility with 3 types of wallets:

DOGECOIN: A REAL CRYPTOCURRENCY OR JUST A VERY EXPENSIVE JOKE

Undoubtedly, one of the things that have played the most in favour of this currency is the solid community that was formed, attracted by the casual and funny tone, without its creators generating expectations around the project. It was these elements that in one way or another led to his rise.

However, many in the community are wondering if Dogecoin is really a real cryptocurrency or just a joke-filled with a lot of speculation. The reality is that many believe that Dogecoin is no longer a joke and, despite its beginnings, is a full-fledged cryptocurrency. Its blockchain has a level of mining that makes it secure, it has never been rewritten, it has never been attacked in any way, and its software is maintained with updates, the last one being from February 2021.

On the other hand, it has detractors who say things like: Dogecoin was born as a joke and having that image does not add up to being considered a serious project.

Another weak point can be innovation, and that is that Dogecoin does not innovate, it does not create anything new, it only copies what Litecoin and Bitcoin can, adapts it and puts it into operation. At this point, the lack of creation of new services hampers the growth of the project. The lack of a dedicated development team exacerbates the problem even more.

Added to this are the community and the fact of how reactive it is towards manipulation. Seeing this is currently very simple, just pay attention to Elon Musk’s timeline, see what he says about Doge and look at the immediate behaviour of the cryptocurrency market. Yes, Elon praises Dogecoin, the coin goes up like foam and if he says something bad, it starts sinking even into the ocean of defenders of him.

We are left with the question, is there hope for Dogecoin? Many think that there is. According to its defenders, Dogecoin has shown that there is a strong community that trusts and bets on cryptocurrency. That same community is the one that will not allow it to fall, and the value of the cryptocurrency both technologically and financially continues and take hold. Far from what personalities like Elon Musk might say, Dogecoin’s best card is this, and with its growth, many are already wondering what will be done to keep Dogecoin barking and wagging its tail in the crypto world.

Nobody knows what Dogecoin holds, not even Elon himself, but what is clear is that money is a technology created to communicate, in this case, value, in our society. The meme is a highly implemented communicative element in our society and, perhaps, for this reason, the “memeeconomy” is taking on such an important role with the widespread use of cryptocurrencies.