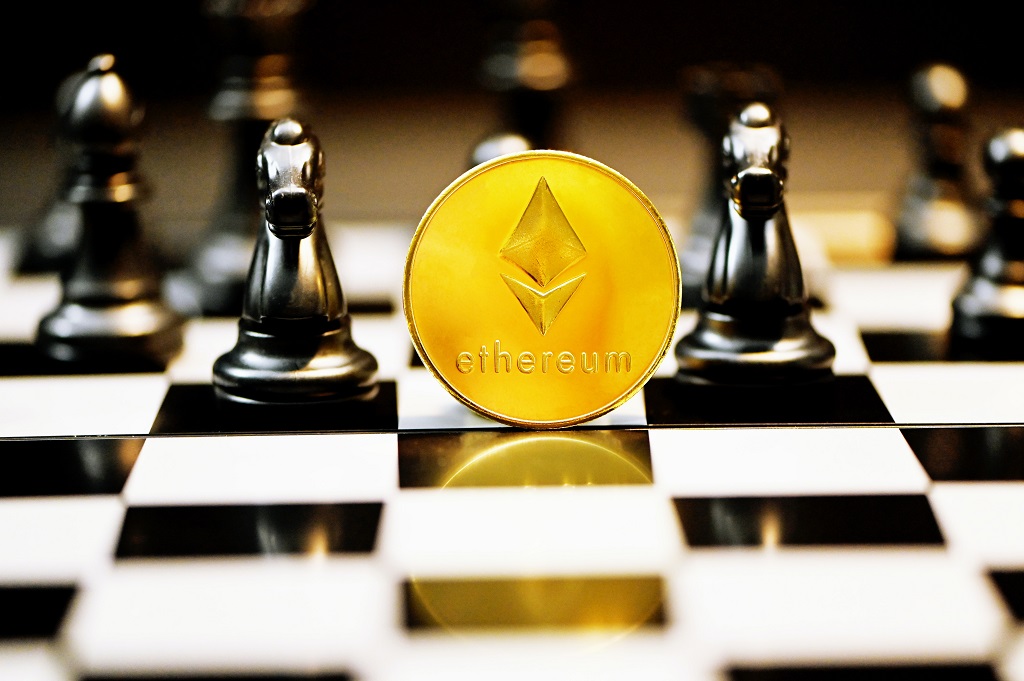 ETHEREUM: THE SECOND MOST POPULAR CRYPTOCURRENCY

Ethereum is a decentralized computing platform. Consider it similar to a laptop or PC, with the caveat that this system cannot function on just one device. Ethereum simultaneously runs on thousands of computers worldwide; that is, it does not have a single owner.

Like Bitcoin and other cryptocurrencies, Ethereum is a transferable digital currency. However, the network’s capabilities are far broader: you can use your code and communicate with other users’ applications. Ethereum’s flexibility lets you to run a wide range of programs of varying complexity.

In simple terms, the point is that developers can create and run code on a distributed network instead of a centralized server. So, theoretically, the work of such applications cannot be stopped or censored.

We have previously said that Ethereum allows you to run code in a distributed system. This prevents third parties from modifying the program. The code is saved to the Ethereum database (the blockchain), and it can be configured to prevent further changes. Furthermore, the database is visible to all users, allowing them to double-check the code before working on it.

This means that anyone using it, anywhere in the world, can run an application that cannot be taken offline. In addition, since the network’s own unit of Ether has value, these applications can set the conditions for the transfer of cryptocurrency. Programs for creating applications are called smart contracts, and often they can be configured to work independently without human intervention.

Obviously, this idea of ​​”programmable money” could not fail to conquer many users, developers and companies around the world.

ETHEREUM AND BITCOIN – WHAT ARE THEIR DIFFERENCES?

Bitcoin uses blockchain technology and financial incentives to create a global payment system. It introduced several innovations to coordinate users around the world without the need for a centralized system. Due to the fact that each user runs the program on his own computer, he has the opportunity to work in a decentralized environment where there is no risk of being deceived by other participants in the process.

Bitcoin is often referred to as the first-generation blockchain. It was not conceived as an overly complex system, and this became its advantage in matters of security. Bitcoin’s lack of flexibility is a deliberate decision to ensure greater reliability. The Bitcoin smart contract language is extremely limited and poorly suited for non-transactional applications.

The second generation of blockchains, on the contrary, is capable of more. In addition to facilitating financial transactions, these platforms provide a greater degree of programmability. Ethereum gives developers much more room to experiment with their code and create what we call decentralized applications (DApps).

Ethereum was the pioneer of the second generation of blockchains and today is still the most prominent representative of this segment. Ethereum shares many similarities with Bitcoin and can perform many of the same functions. However, in essence, they are very different, and each has its own advantages over the other.

A bitcoin whitepaper was published in 2008 by an unknown developer (or group of developers) using the alias Satoshi Nakamoto. People’s perceptions of digital currency were forever altered as a result of this. A few years later, Vitalik Buterin, a young programmer, was able to expand on this concept and devise a method for applying it to any type of application. Finally, the concept was realized in Ethereum.

In 2013, Buterin created a post on his blog titled Ethereum: The Ultimate Smart Contract and Decentralized Application Platform. In it, he described the idea of ​​creating a Turing-complete blockchain network in the form of a decentralized computer that, given time and resources, could run any application.

The applications that can run on the blockchain in the future will only be limited by the developers’ imagination. Ethereum is looking to find out if blockchain technology has the potential to be used beyond the original limitations of the Bitcoin system.

HOW DOES ETHEREUM WORK?

Ethereum can be called a state machine. This means any time you can take a snapshot of the file system and see information about all account balances and smart contracts in their current form. Certain actions cause the system state to be updated, meaning that all nodes also update their snapshots to reflect the change.

Smart contracts that run on Ethereum are initiated by transactions (from users or other contracts). When a user sends a transaction to a contract, every node on the network runs the contract code and writes the output. For this, the Ethereum Virtual Machine (EVM) is used, which converts smart contracts into computer-friendly instructions.

To update the state (for now) a special mechanism called mining is used. It is performed using the Proof of Work algorithm, which is very similar to the bitcoin algorithm.

WHAT IS THE DIFFERENCE BETWEEN ETHER AND ETHEREUM?

It may seem counterintuitive, but the exchange units used in Ethereum are not called Ethereum or Ethereum. Ethereum is the protocol itself, and the currency it works with is called ether (or ETH).

There are two concepts within the Ethereum system: ether and gas. And this sometimes causes confusion.

In decentralized finance, the ether blockchain has taken on a unique role (DeFi). It is regarded as the most important blockchain for this type of application. Projects that want to carve out a niche in DeFi, on the other hand, are constantly emerging. The Polkadot platform, for example, has already been dubbed the “ether killer” and the Solana blockchain.

However, now with the advent of new blockchains, the popularity of Ethereum is declining. This is due to several factors, including the problem of network scaling, low speed and high gas prices.

For several years now, crypto enthusiasts and coin holders, in general, have been waiting for the transition of Ethereum from PoW(proof of Work) to PoS(Proof of Stake).

Ethereum 2.0 is the Ethereum blockchain’s second version, and it marks the end of the Proof-of-Stake era. Verification of transactions in the blockchain will no longer depend on computing power, but on staking. Supporters of the transition are confident that this will help make the network secure, including minimizing risks.

In addition, Ethereum 2.0 is expected to increase network bandwidth and, as a result, increase the speed of transactions and reduce costs and gas fees. The transition will also help Ethereum maintain its leading position in DApps.

It is worth noting that the transition to PoS is a complex technological process that cannot be completed in one day. To mitigate possible risks within the network during the transition, developers carry out hard forks.

Ethereum (ETH) is a system that uses the Blockchain structure to carry out smart contracts and transactions within the cryptocurrency trade, providing security, and excluding third parties that mediate operations. Ethereum is a public and open-source service with two types of accounts: publicly managed accounts, operated by private keys and contracted accounts. We already know that the cryptocurrency used within the Ethereum network is Ether.

Within Ethereum, developers have the ability to create decentralized applications or DApps, and if we add that it is developing rapidly, many have predicted that Ethereum will surpass Bitcoin in use.

Cryptocurrencies are developing a new virtual environment with rapid growth, and knowing how to handle information is the best ally.