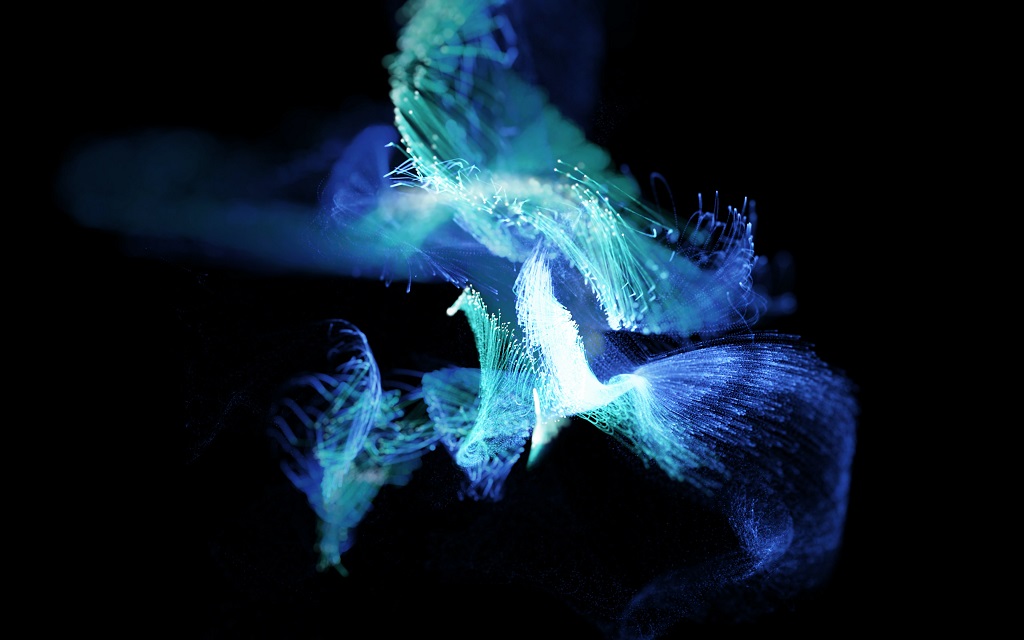 TOP 5 CRYPTOCURRENCIES OF THE METAVERSE

One of the spaces where the ecosystem of the cryptocurrencies it is the metaverse. We can verify this growth thanks to the emergence of new projects, the strengthening of existing ones and its explosive economic growth.

TOP  CRYPTOCURRENCIES USED IN THE METAVERSE

Next, we will review the top most used cryptocurrencies in the metaverse, evaluating their main characteristics and all the most important uses and functionalities of each of them.

The most used cryptocurrency in the metaverse is MANA, the native token of the Decentraland project, a metaverse that was born in 2015, as an idea by Esteban Ordano and Ariel Meilich. His intention was to explore the possibilities of blockchain technology for the creation of virtual worlds.

Over time it ended up becoming the largest blockchain metaverse that exists today. All this was possible thanks to a successful ICO that allowed him to obtain a capital of 26 million dollars.

The capital raised was placed in the hands of the Decentraland Foundation to ensure the development of this metaverse. Also, all ICO participants received their MANA tokens, which are tokens ERC-20 on the Ethereum network and that would become the native tokens of this metaverse.

To encourage the development of its community, Decentraland launched a DAO, allowing its holders to have voting power over the development, depending on their holdings in tokens. Thus, the token would not only have utility within the metaverse allowing the purchase of items and virtual plots of land, but would also have an external utility controlling the development of said project.

Thanks to all this, Decentraland is a space where you can do many things: from creating unique avatars and personalizing their style to meeting friends, holding meetings, events and presentations of all kinds, as well as organizing concerts or creating art in NFT.

In short, Decentraland is a place where you can let your imagination run wild, creating a virtual world in which you will be the protagonist and you will have the freedom to create your own world.

Although during its first years Decentraland had little success, the development of the project accelerated during 2021, at which time its MANA token began to appreciate rapidly. On January 1, 2021, MANA had a value of €0.06, but on November 24, 2021, it had exceeded €4, thus becoming one of the projects with the highest revaluation in the ecosystem.

It all boils down to one thing: Decentraland is the most valuable metaverse project in existence today.

The Sandbox is a metaverse project where you can create your avatar and your own space using a powerful Voxel-like graphics engine, the same one used in games like Roblox or Minecraft. The idea is to use this graphics engine to customize your spaces by creating NFTs that can be integrated into your avatar or any space within The Sandbox.

At the heart of this entire metaverse we have the SAND, an ERC-20 token whose main function is to serve as an economic vehicle to sustain the functioning of The Sandbox ecosystem. You can use SAND to buy lots of land, buy NFTs and various items within the marketplace, or use it directly to create your own items or NFTs and record it on the Ethereum blockchain. Additionally, you can use SAND to participate in the decentralized governance of the metaverse and decide on the future of the metaverse.

Axie Infinity is perhaps the most well-known blockchain game in the world. This metaverse has been developed by the Vietnamese company Sky Mavis, and has revolutionized the world of blockchain video games.

In fact, Axie Infinity is the one who has put the term Play2Earn (P2E) on everyone’s lips. It is a model that many try to replicate with greater or lesser success. This metaverse takes us to a world where we are the leader of a team of Axies. Axies are amazing creatures that can learn and evolve through quests and battles against other Axies. In addition, they can reproduce and give rise to new and more powerful generations by uniting the genetics of the strongest Axies.

In this way, the player must gather the best Axies, create his battle team and face other players or carry out different missions (quests) fighting against bots. With each battle won and mission or quest completed, the player will receive rewards in SLP tokens that they can then use to improve their equipment. You will also be able to use these tokens to breed, to buy new Axies or to exchange them for AXS. This is the game token, which can also be used to participate in the huge ecosystem DeFi which accepts this token as currency.

Theta Network It is a blockchain project that has drawn a lot of attention since its inception. The main intention of the network is to create a huge P2P network that allows data storage, distribution and upload. In addition, also caching and access control to multimedia content in 1080p, 2K, 4K, 8K and VR qualities. To do this, Theta Network creates a network with multiple nodes, each with specialized functions that allow it to achieve its goals. In this way, a huge data superhighway is created that allows sending high-quality streams, low latency and global reach.

Thus, each user within the network can store data and stream receiving rewards for the number of views they can accumulate. Also for the tips you receive from your followers. At the same time, nodes that perform routing and data storage work, as well as transaction verification, also receive rewards for their work. All this is controlled by powerful smart contracts that run on the Tetha Blockchain.

However, the project has advanced far beyond the stream and now allows the deployment of NFTs and DeFi dApps. Not only that, Tetha Network also allows the streaming of special DRM-protected content. In addition, it has the ability to integrate high-resolution video and VR in real time with decentralized applications inside and outside the Tetha Network. On the other hand, it also has other tools that can be adapted according to the needs of the developers.

Thanks to this Theta has gained a huge space by being the favorite for the transmission of content in the metaverses. From concerts, movies, TV series, streaming music, podcasts, gaming sessions and tournaments of all kinds, VR demos on dApps and much more. Theta Network’s potential is immense and this has led it to position itself as one of the most valuable blockchain projects in the metaverse.

ApeCoin is the newest project in the world of metaverses. The initiative is part of the Bored Ape Yacht Club (BAYC), a well-known collection of high-end NFTs. The project has decided to create its own token and start entering the ecosystem of blockchain metaverses.

The idea is to create a select community that will be able to enjoy this metaverse and exercise governance over it. Said governance will be possible thanks to the holding of ApeCoin tokens.

In fact, a part of this BAYC metaverse can already be accessed, although to access you must have a BAYC NFT in your wallet Dappradar so that the system recognizes you as part of this select club, otherwise you will not be able to access the metaverse, a clear sign that this is a space aimed at its most loyal followers.

As a result, ApeCoin has become one of the biggest projects in the metaverse. It has even exceeded the expectations of other projects such as Bloktopia, so its development must be taken into account.

This is a blockchain based game where players will compete within the community for scarce resources in this metaverse and cryptocurrency activity.

Alien Worlds features decentralized gameplay elements and players can take things to another level by staking Trillium (TLM) and getting voting rights on Planet DAO. Like an open source blockchain ledger, the Decentralized Autonomous Organization (DAO) is determined by a clear set of rules. Any player who wishes to participate in this metaverse and cryptocurrency alternative must have a WAX Cloud Wallet .

Once they log into Alien Worlds, they can start mining, which is incentivized through TLM tokens . These tokens allow players to bid for the rule of one or more planets in Alien World, and even run for the position of ruler.

NFTs can also be earned, which can be used to complete quests, fight other players, or mine TLMs.

It’s an appealing metaverse and cryptocurrency. The most active users are rewarded through TLM. TLM can also be exchanged for Ethereum, WAX, and BSC. The low entry costs and the ability to earn cryptocurrencies through gameplay draw players to this game. However, some users may find the interface to be overly simplistic.

ATLAS Coins can be used to purchase any digital assets necessary to fully immerse yourself in the Star Atlas universe, such as land, ships, crew members, and equipment.

ATLAS can also be used to buy POLIS, the in-game currency required to control certain aspects of the game. POLIS, for example, may be required to manage the new world. You will be able to issue decrees and improve your community with this currency.

Even though Star Atlas is a metaverse with a unique concept and a convenient token, having two tokens ATLAS and POLIS can be a bit confusing. However, the pros of this platform outweigh all the cons. Star Atlas is a vibrant, immersive NFT world that offers many virtual experiences.

Users can create, store, and sell virtual goods using the Enjin platform. The ENJ token (Metaverse Token) must first be locked in a smart contract before developers can assign value to their virtual goods. After that, players will be able to sell or use the virtual goods in accordance with the contract’s terms. The seller receives ENJ after the goods are sold.

As is the case with other metaverse tokens, the number of ENJ is limited. In total, only one billion tokens will be created. Users can keep ENJ in the platform’s wallet, which has all of the platform’s features. Users can use the wallet to connect to games, access and use items, exchange them with other users for Metaverse coins, and sell digital goods for ENJ.

Enjin is a one-of-a-kind marketplace that enables users and businesses to expand their markets through the use of NFTs and QR codes, as well as connect with other users and market participants through websites, apps, and games. The network runs on the decentralized Ethereum blockchain. But despite this, the wallet is in private access, which means that it is difficult to check it.

NetVRk tokens are used in the same way as other metaverse tokens. They allow you to access virtual assets such as property or houses, vehicles and other items.

You can even use the tokens to buy ad space, which will generate passive income, which will earn you even more tokens to accumulate capital, generate profit and further develop your world. This token can also be staked in NetVRk. This way you can earn fixed percentages based on how many Metaverse Tokens you have staked.

The NetVRk Metaverse allows all users to build the virtual world of their dreams with unlimited unique content. The platform offers endless gameplay and interaction with other users, as well as rewards for participation.

While the platform’s features are impressive, it’s not without its flaws. NetVRk runs on the Ethereum network, which means high gas fees and other costs. NetVRk is newer than other platforms, which means that the system is not perfect and you may run into bugs that the developers have yet to fix.