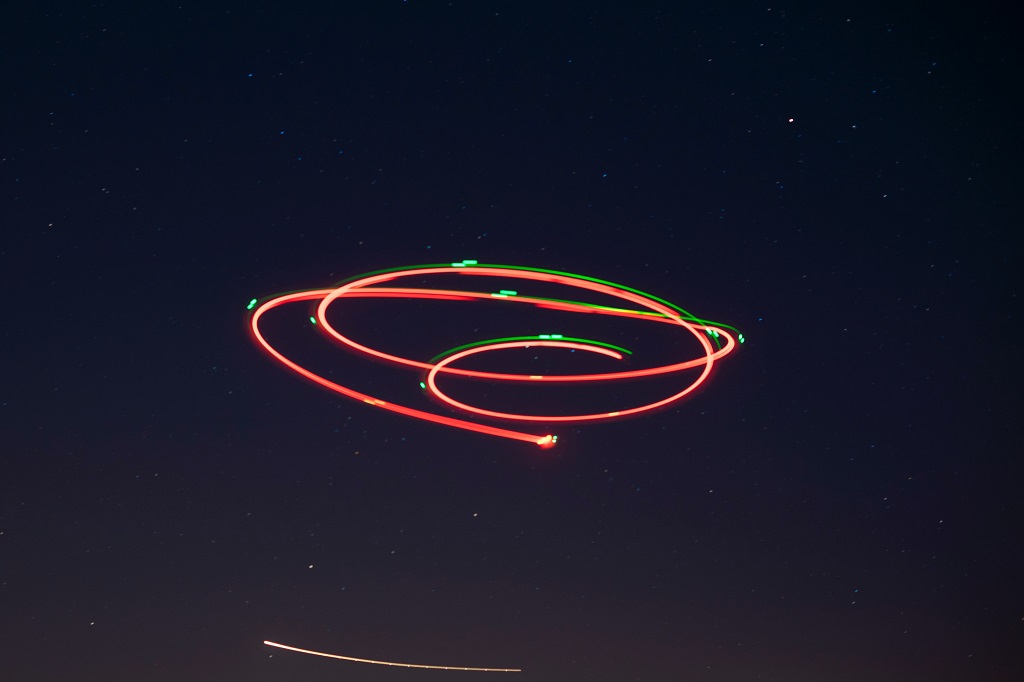 Fantom (FTM) is a DLT built on a DAG (Directed Acyclic Graph) that is designed to offer advanced capabilities of smart contracts compatible with Ethereum on a very cheap and secure decentralized network, to deploy dApps DeFi about it.

The Fantom (FTM) project is a distributed ledger technology (DLT) project that allows the creation of a decentralized platform for managing cryptocurrencies and smart contracts. To do this, instead of using a blockchain, Fantom chooses to use a DAG or directed acyclic graph. This choice allows Fantom to have greater flexibility and speed than its blockchain counterparts.

In addition, the network has its own native token, the FTM token, which is used so that the different actors in the network can operate nodes in the network (using Proof of Stake) and users can pay commissions for the use of their resources, in addition to being a vehicle for economic exchange between the parties.

ORIGIN OF THE PROJECT

The history of Fantom begins with the creation of the Fantom Foundation in 2018. From that moment, the Foundation began to build the infrastructure of what would become the Fantom network. in your white paper “Fantom: A scalable framework for asynchronous distributed system” developed on October 25, 2018, its scope was already glimpsed.

Behind this creation were the specialists Sang-Min Choi, Jiho Park, Quan Nguyen (current CTO of Fantom) and Andre Cronje, known worldwide for the creation of Year Finance. In said whitepaper, the way in which Fantom would work was clearly described, the creation of the Lachesis consensus protocol (or Lachesis protocol) and the use of a directed acyclic graph (DAG) being vital to achieve a byzantine fault tolerance asynchronous (aBFT).

Following the path outlined in the white paper, the project began to consolidate its development and the network would be launched in December 2019. Back then, Fantom had everything it needed to meet its development goals, including a virtual machine compatible with the Ethereum Virtual Machine (EVM) that allowed to carry smart contracts from networks like Ethereum to Fantom without major complications.

In addition, the network operates with a Proof-of-Stake (PoS) layer whose set of validators uses Lachesis to validate transactions and produce new blocks. In short, this means that Fantom is a network optimized for the development of dApps, especially DeFi applications, where we can find apps like Curve, Sushi or Yearn Finance, and all using Dappradar as an intermediary, since Fantom is capable of interacting with it, which makes its commitment to Web3 very clear.

Currently, Fantom stands out for being one of the fastest growing projects in the cryptocurrency ecosystem, not only that, but its potential for DeFi dApps has made it an important hub in this sector. Thanks to this, Fantom is now (March 2022) considered one of the 50 largest blockchain projects in the world, while it continues to grow and gain relevance in this highly competitive sector.

When we imagine the operation of a blockchain or “chain of blocks”, the first thing that comes to our minds (or we usually see in illustrations), is a block of data (generated by the miners) that is linked to the previous block (by the hash of that previous block) and so on with the rest of the blocks. The idea is that from the first block to the future ones, all of them are interconnected, generating this unbreakable “chain” that we know as blockchain, and in which all the operations that are carried out in the network are registered.

However, there is another structure known as DAG (Directed Acyclic Graph), which can also be used for this type of construction, with various advantages, and it is precisely the one used by Fantom. A DAG is nothing more than a tree of nodes or vertices (equivalent to the blocks in the blockchain) that are connected by one or more edges (equivalent to the cryptographic connection between the blocks in the blockchain) that indicate a well-defined address. Fantom uses this construct to cast aside the structure of a classic blockchain, and represent all of its network information in a DAG.

Thus, in Fantom, each node or vertex is a block with a set of transactions that have been carried out within the network. Because the network works asynchronously, new transaction blocks can be produced by network stakers at any time. These transaction blocks can be related to one or several vertices, which creates a well-defined cross-link structure that generates a DAG, and allows Fantom to create a continuous record of everything that happens on the network quickly and safely. , which we see come true in Fantom’s confirmation time, which is usually in the order of 1 second per transaction (and 60 seconds for its irreversibility). Fantom’s DAG is called the Fantom Opera Chain, and you can explore it live using the network’s block explorers.

Of course, Fantom’s use of a DAG makes its consensus protocols extremely different from what we’re used to seeing on other networks. In this case, Fantom has created the Lachesis protocol, an aBFT-type protocol (Asynchronous Byzantine Fault Tolerance) which stands out for:

Lachesis has been implemented by Fantom as a consensus layer that can be extended to other layers of the system. The Fantom ecosystem could eventually be made up of several blockchain layers, with Lachesis at its core. Using this capability, Fantom activated the first layer, known as Opera, which provides EVM support.

The operation of Lachesis is quite simple and can be broken down as follows:

A curiosity of the Lachesis protocol is that it allows an arbitrary number of participants to dynamically join the system. Thus, it is possible that the Fantom DAG can operate with the arrival of these new participants. Thanks to this, the process is very efficient in terms of the use of bandwidth, computational power and speed of completion, the intention behind this is that Lachesis is fast, scalable and secure, to keep Fantom working at full capacity at all times.

One problem within the blockchain is maintaining a correct time setting for all nodes in the network. In Bitcoin, this is a fairly well-known problem and one that led Satoshi Nakamoto to create a rather unique timestamp system. However, the problem becomes more complex within an asynchronous and high-speed network, precisely the two elements present in Fantom.

To solve this, Fantom makes use of Lamport, a time system that allows you to synchronize all your nodes and keep them working in a common time frame for all. Lamport allows to determine the temporal ordering between blocks in an asynchronous distributed system and for this it applies:

This way, an order can be generated in the generation of the blocks and maintain an adequate time frame for all the participants in the network and the blocks they generate.

Why is this important? Well, first of all, generating the blocks with correct timestamps helps to organize the network and the information within it, but more importantly, this helps to strengthen its security and resilience against Byzantine failures, so Lamport plays a fundamental role within the consensus of the network (understood as the Lachesis protocol).

FTM TOKEN, THE CURRENCY WITHIN FANTOM

The token is the native token of the Fantom network (although there are versions ERC-20 and official BEP-20). Its main role is to pay commissions for network transactions, to offer an economic incentive to validators, to allow these validators to make staking (Fantom uses Proof of Stake) and empowers validators to participate in the on-chain governance of the network.

The total FTM token supply is 3,175 billion FTM tokens, all of which were issued. These tokens have been distributed progressively since the beginning of the network, responding to the following scheme:

Fantom is a network focused on offering advanced smart contracts (EVM compatible) for DeFi applications. For example, at Fantom we can have access to DeFi services such as Curves o Sushi Swap, which use their network to offer DEX services that are much faster and cheaper than their counterparts on Ethereum.

Another project in which we can use Fantom is Multichain, a multi-network bridge that allows us to send value between compatible chains very quickly and easily, using our wallet as an intermediary. Dappradar. There are also native projects, such as Solidly which offers decentralized exchanges from Fantom to other compatible networks. Of course, not everything ends in DeFi territory. Fantom also allows NFT to be deployed, as in the case of the Artion project, which you can access from this link.

All this makes the enormous usability of Fantom very clear, especially when we see that all of it can be built using the same tools as Ethereum, which greatly facilitates the creation of new dApps for this network.

Fantom’s main goal is ambitious. It’s supposed to be a smart contract platform that serves as a “nervous system for smart cities.” Fantom aspires to be the IT infrastructure backbone for complex data-generating industries that demand both large amounts of data and lightning-fast response times. These industries could focus on public utilities, smart home products and services, or healthcare, for example.

The quality of our lives and cities has significantly improved thanks to electrically automated equipment. Today’s cities, on the other hand, continue to face issues such as inefficient, isolated, and disconnected management. This is where Fantom comes into play. Fantom’s goal is to solve these problems by creating smart cities that connect all existing city solutions through data-sharing networks.

Fantom’s blockchain also supports DApps, in addition to this ambitious plan. All users and developers have been promised an all-in-one package of DeFi (Decentralized Finance) capabilities by Fantom. Technologically fantom superior to other DeFi compatible platforms thanks to its DAG technology: Fantom can process transactions more quickly and cheaply while maintaining high levels of decentralization and security.

Fantom, is a project that is going through a moment of expansion in terms of its capabilities. Amid a surge of interest in networks with fast and cheap transactions, Fantom is able to offer its users this and much more, with a unique technology within the broader ecosystem.

Thanks to this, its network, its token and its community have been growing and strengthening, to become one of the largest cryptocurrency projects that exist today, and its associations with other projects (such as Covalent y TheGraphs) indicate that its relevance will continue to grow as the network develops and becomes more widespread.

Read Next: What is an Escrow Service?