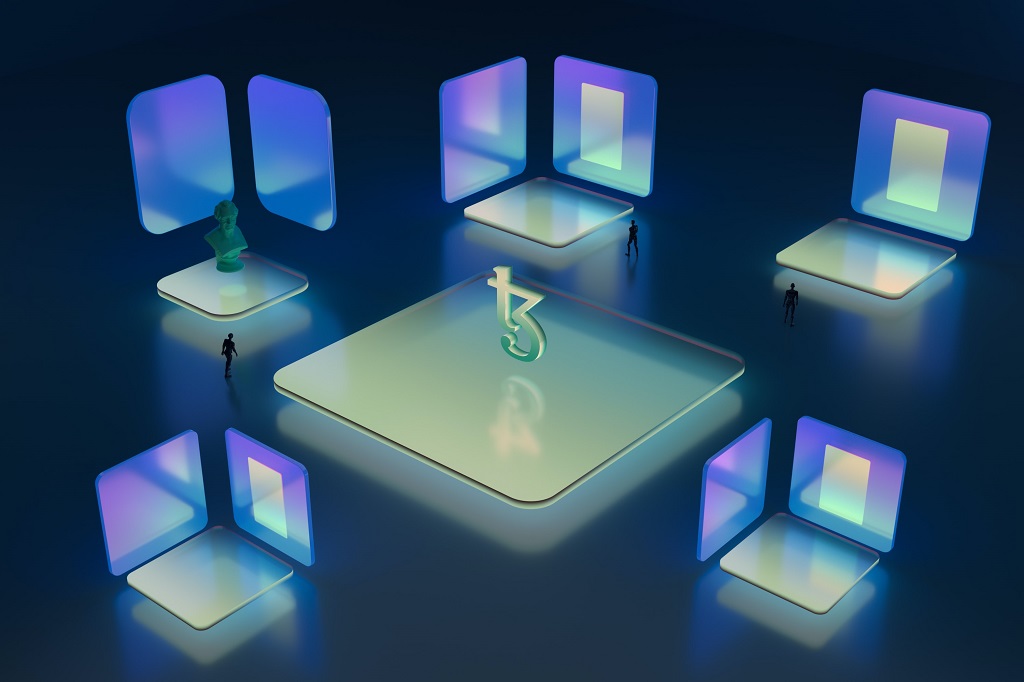 NFTs are one-of-a-kind blockchain-based digital assets that can be purchased and sold through an NFT marketplace. Most NFTs are currently issued on the Ethereum network, but they can be produced on any of the supported smart contract-enabled blockchains. An NFT can be linked to a wide variety of assets, both physical and digital, ranging from pixelated JPEGs of apes to real estate and even basement music.

NFTs are disrupting almost every industry they enter, from gaming and art to finance, sports, and fashion, and they are doing so quickly.

WHERE ARE WE AFTER TWO YEARS OF NFTS?

The NFT market has expanded dramatically in the last two years. According to Statista, the market capitalization of NFTs increased tenfold between 2018 and 2020. Reuters reported earlier this year that NFT sales surpassed $25 billion in revenue last year.

NFTs from the two most popular collections, Bored Ape Yacht Club (BAYC), CryptoPunks were sold for less than 1 ETH over a year ago. Currently, these NFTs are selling for between 60 and 100 ETH per piece.

The introduction of Mutant Ape Yacht Club NFTs increased the volume on OpenSea, the largest marketplace for NFT auctions and sales, by more than 800 percent in August 2021. Many influencers have entered the NFT space in the last two years, including celebrities such as the well known rapper Eminem, who purchased a BAYC NFT for 123.45 ETH, and Twitter founder Jack Dorsey, who turned a screenshot of his first tweet into an NFT and sold it for nearly $3 million.

WHY CAN’T YOU SCREENSHOT AN NFT?

The most common question from newbies to the NFT space is why anyone would pay so much for an NFT when you can screenshot or download the associated media for free. If you’re a meme expert, you’ve probably seen the NFT screenshot meme, or variations on it, floating around the internet.

There are even websites where people can download NFT screenshots. The NFT Bay, a website modeled after the well-known torrent site The Pirate Bay, provides free peer-to-peer download links for all Ethereum and Solana-based NFTs. Netizens have accused NFTs of being glorified and overpriced JPEGs that anyone can screenshot, but is this true?

Geoffrey Huntley, the man behind The NFT Bay, told Kotaku that the site is “an education art project.” His motivation was to demonstrate that, contrary to popular belief, most NFTs are stored on Web 2.0 rather than the blockchain. They say that once something is uploaded to the Internet, it never leaves, but this isn’t always the case, as evidenced by the sheer volume of lost media discussions that have sparked virtual search parties online.

The erasure of various media has been caused by dead links, defunct servers, and incompatible legacy platform issues. NFTs introduce scarcity into an environment dominated by digital abundance, and this is where the true value of NFTs lies.

The more people become enlighten of the dangers of storing NFT-related media on the Web 2.0 Internet, future-proofed storage will become more common. Furthermore, as time goes on, the goal will be to store these files entirely on the blockchain, which is currently an expensive ordeal.

ARE NFT SCREENSHOTS EQUAL TO THEIR ORIGINAL COUNTERPART?

Would a photo of the Mona Lisa on your phone be worth as much as the original Leonardo da Vinci painting? Most likely not. Having an NFT screenshot on your phone does not imply that you own the image digitally.

A screenshot has no value and provides no opportunity for appreciation. Something to keep in mind is that NFTs aren’t just digital assets that people hold in order to profit from them. They provide holders with exclusive perks and benefits, as well as the opportunity to attend timed, exclusive events hosted by the NFT projects.

BAYC holders, for example, have access to the team’s Discord server, as well as a merchandise store and early access to new collections. If you use an NFT screenshot, you won’t be able to get all of those advantages. Simply put, screenshots of NFTs aren’t worth as much as the actual NFTs.

IS IT POSSIBLE TO BE SUED FOR SCREENSHOTTING AN NFT?

Taking a screenshot of an image associated with an NFT is not illegal. It’s worthless and doesn’t harm the creator, as previously stated. You risk being sued for copyright infringement and receiving an angry message from the creator or owner if you pass it off as your own or create a separate NFT with the image to sell it. The copyright laws apply to NFTs as they do to other traditional art forms. NFTs can also be easily tracked thanks to the blockchain. Anyone can verify ownership of an NFT by looking up the wallet address of the person who owns it. You can’t change the metadata or tamper with the blockchain.

If you decide to sell or use an NFT screenshot for anything other than personal use, the creator or owner will have proof of ownership and will be able to sue you for stealing their work, so it’s best to keep the screenshots to yourself.

Because of their uniqueness and ease of verification, NFTs are valuable. When you buy an NFT, the transaction is recorded on the blockchain, which anyone can view. The practice of screenshotting NFTs is rendered useless due to two factors:

NFT technology is still in its early stages, with new developments being introduced on a regular basis. While they have grown in popularity over the last two years, there is still a lot of room for them to grow, and there is little doubt that they will continue to do so.

While the industry is dealing with a “screenshot problem,” most people in the industry aren’t too concerned. NFT screenshots are useless and have no bearing on what NFTs are attempting to accomplish. NFTs, like any other form of artwork, are subject to copyright laws, and because they are digitally owned, they are easily traceable, can be verified by the public, and can be transferred globally via blockchain technology.

Finally, you can take a screenshot of an NFT. It will, however, never be as valuable as the original asset, emphasizing the point that non-fungible tokens were designed to make in the first place: the value of digital scarcity.